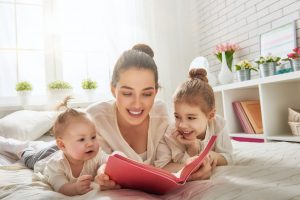 Indefinite Leave to Remain (ILR) for the Victims of Domestic Violence

Anyone who has limited leave to enter or remain (also known as temporary permission) in the United Kingdom as the spouse, unmarried partner, registered civil partner or same-sex partner of a British citizen or person present and settled in this country and whose marriage or relationship breaks down during the probationary period as a result of domestic violence, may apply to be granted settlement in the United Kingdom.

What is Domestic Violence?

Domestic violence is any threatening behaviour, violence or abuse among adults who are or have been in a relationship, or between family members. It can affect anybody, regardless of their gender or sexuality.
The violence can be psychological, physical, sexual or emotional. It can include ‘honour-based violence’, female genital mutilation, and forced marriage.

For an application to be successful it must meet the requirements of Paragraph 289A of the Immigration Rules.

In order to be granted settlement you must:

The introduction of the Destitution Domestic Violence (DDV) concession is aimed at
protecting victims of domestic abuse, by allowing them to notify the UK Border Agency
(UKBA) that they need to access public funds while they make a claim for indefinite leave to remain as a victim of domestic violence.

Some spouses are forced to stay in abusive relationships because they are in the country on a spousal visa, and unable to access support services during the two / five years
probationary period.

Who is eligible for DDV?

What will happen to the migrant’s existing leave?

This leave will last for three months and will replace a migrant’s existing leave. If they do not apply for indefinite leave to remain under the domestic violence rule within the three months or make a different application for leave, their leave will come to an end and they will be required to leave the UK.

What happens if the notification under the DDV concession is successful?

If the notification is successful after UK Border Agency checks have been completed, the migrant will be issued with a vignette indicating that they have been issued 3 months
temporary leave Outside of the Rules (LOTR) on exceptional grounds. This endorsement will also allow the migrant access to public funds. Eligible migrants’ are granted a limited period of leave and permitted to access public funds to allow them time to find safe
accommodation, and complete a substantive application for indefinite leave to remain under the domestic violence provision in the Immigration Rules.

During this three month period, the migrant is required to send in their separate application
form for indefinite leave to remain SET(DV) – the process for this has not changed.

The three months leave will replace the leave given to enter or remain as a spouse or
partner. If a migrant does not make an application for settlement within the three month
period, their leave will come to an end and they will be expected to either apply to regularise their leave in the UK in another category or leave the UK.

Once leave has been granted the migrant will be able to apply to Department of Work and
Pensions for benefits.

2. Why is it only open to those here as the spouse, civil partner, unmarried or same-sex partner?
The “domestic violence rule” was introduced with the intention of ensuring that someone with a direct route to settlement in the UK as the spouse or partner of a British Citizen or settled person, would not have to remain in an abusive relationship to secure it.
The rule was not introduced as a means to grant settlement to all foreign nationals who have suffered domestic violence whilst in the UK, nor should it be seen as a measure to compensate those foreign nationals affected by domestic violence.

3. When should I submit my application?
Your application should be submitted as soon as is practicably possible after your marriage has broken down as a result of domestic violence. You do not need to wait until the expiry of your current leave. It is in your best interests to apply as early as possible so that we can deal with recent/up to date evidence.

4. Can I apply even if my leave has expired?
Settlement can be granted to someone who submits their application “out of time”, i.e. after the date on which their current leave to remain expires. However, any decision to refuse an out of time application will not carry a right of appeal (under Section 82 of the Nationality, Immigration and Asylum Act 2002).

5. What if I cannot afford to pay the fee for my application?
Those who are deemed to be destitute do not need to pay the application fee. If you are unable to provide satisfactory evidence that you are destitute, and therefore entitled to a fee waiver, your application will not be valid and will be returned to you.

6. Can I apply outside of the UK?
No. A person can only apply for settlement as the victim of domestic violence whilst they are present in the UK.

7. What evidence do I need to produce?
You need to produce documentary evidence to satisfy us that you are a victim of domestic violence. You should provide evidence from independent objective sources. There is no prescriptive list of evidence which should be provided documents should be original copies. It is important that where you cannot provide documents, that you provide a full written explanation as to why.

Where it is clear that other parties were involved in the evidence that you submit, we will require independent verification of these incidents (e.g. from the police, G.P.) Therefore any reference to other parties should be accompanied by an official report so that the application can be assessed quickly. Similarly, you should also indicate where an incident cannot be verified by another party.

10. Can I apply in a public enquiry office?
No. The premium service at the Public Enquiry Offices is not available for SET(DV) applications.

This does not include any home office fees that may apply, or any subsequent or further work that needs to be carried out.

Authorised and Regulated by the Solicitors Regulation Authority. SRA No. 516499